This community intervention project has assessed the effects of improved access to an urban river in the Barcelona Metropolitan Area, Spain.

According to the World Health Organisation (WHO), 26% of men and 35% of women living in high-income countries do not get enough physical activity. Although we are aware of the benefits of physical activity for our health, combatting sedentary lifestyles and the health problems they generate (obesity, diabetes, etc.) continues to represent a major challenge for public health systems.

Lifestyle is the factor most responsible for whether we are more or less active people. And our lifestyle is determined by our environment—the place where we live. The findings of many scientific studies suggest that natural spaces promote physical activity and social cohesion and improve the overall wellbeing of the population. While most research to date has studied the health effects of green spaces (forests, meadows, urban parks, etc.), there is now a growing interest in understanding the effects of blue spaces (seas, rivers, lakes, springs).

Since most people now live in urban areas, there is a greater need to focus on the objective of bringing nature closer to people. This is not always easy to achieve. While there may be natural environments closer than we think, these are often in poor condition, inaccessible, or simply little known.

Regenerating natural spaces that already exist in urban settings, as we have for this project, is one strategy that can be used to make the most of unused amenities.

Regeneration of the Besòs River Park

The Besòs River runs through the municipality of Montcada i Reixac, where the Metropolitan Area of Barcelona (AMB) has created new access points to the water. The objective was to facilitate and assess the impact of improving public access to nature for local residents living close by in the socioeconomically deprived neighbourhood of La Ribera.

We evaluated the amount of physical activity undertaken by the local population before and after the redevelopment of the river. This was done using an adapted version of the SOPARC tool which is based on systematic observation of the study area to quantify the number of users, their characteristics (age, sex, ethnicity), and their physical activity levels (sedentary, moderate, or vigorous).

The park was observed during 13 one-hour sessions before and after the intervention. We conducted one-to-one interviews with a sample of La Ribera residents to find out how people’s use of the space has changed. We asked questions designed to investigate their perception of their neighbourhood and the natural spaces as well as their state of health and wellbeing, physical activity levels and social relations. 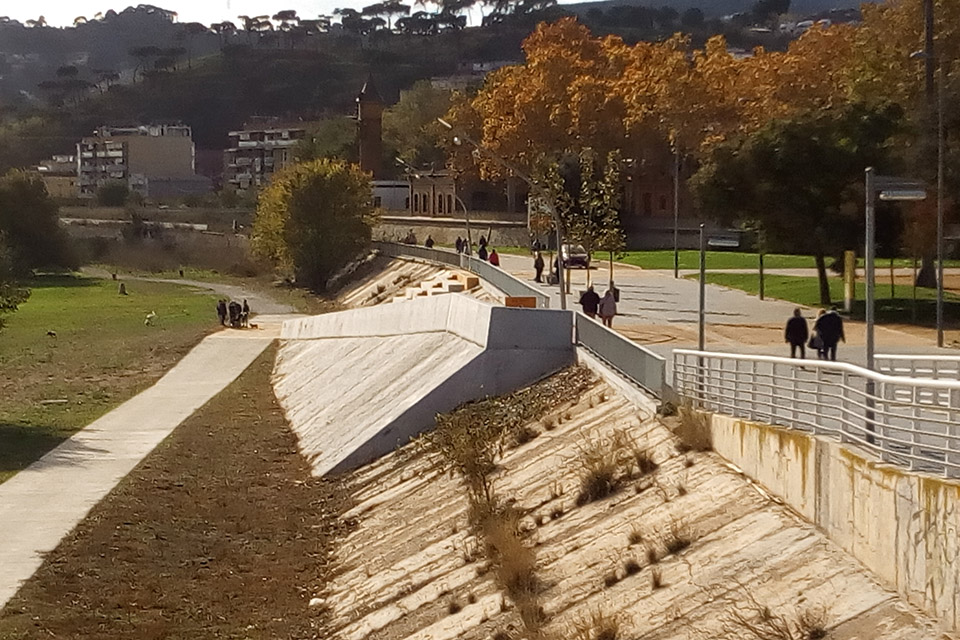 The new riverside intervention provides a paved path for pedestrians and cyclists.

We also observed several changes in the sociodemographic characteristics of the population using the park following the intervention. For instance, although in the park as a whole we observed more men than women, following the intervention we observed a 43% increase in the number of women using the renovated area. We also observed a slight increase in the number of children, although the most representative age groups were adults and older people.

Finally, while more than 90% of the park users observed were Caucasian, we observed a significant increase in the non-Caucasian population in the renovated area after the intervention (rising from 3% to 8% of the total).

This finding suggests that the renovated area is being used by local residents, enhancing social interactions and leisure activities and potentially positively impacting mental health and wellbeing.

In a related study analysing health and wellbeing impacts of the riverside in a neighbouring area, findings indicated an increase in physical activity, which in turn could lead to savings for the health care system. The IS Global study concluded that the intervention could have prevented up to 7 deaths and 23 million euros in public health expenditure every year.

This research strengthens the evidence that upgrading and regenerating natural spaces in urban areas is useful in a number of ways. It leads to opportunities for social interaction, creates spaces where people can relax and enjoy themselves, and promotes physical activity that improves the health and wellbeing of those using the space.

These findings provide an insight into the impact of small-scale interventions on health and indicate how blue space regeneration projects could reduce inequalities in accessing natural spaces in urban areas. 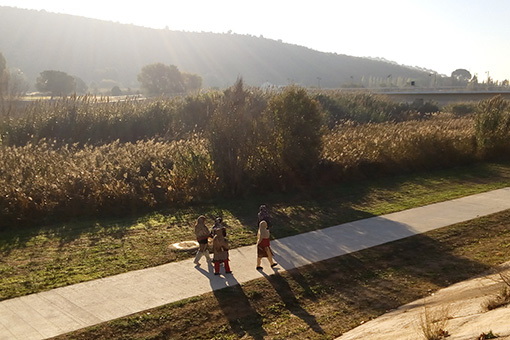 People walk along a concrete path close to a river and grass. 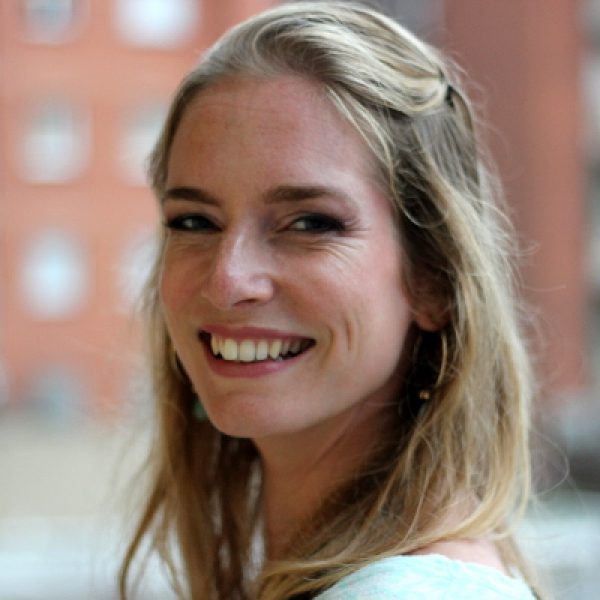 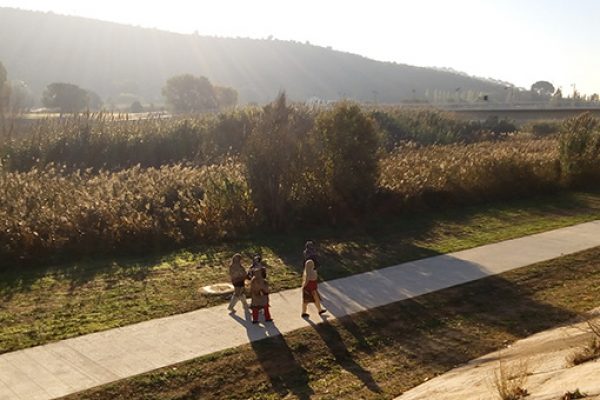 A new BlueHealth study has found that riverside parks could lead to improvements in public health and wellbeing. 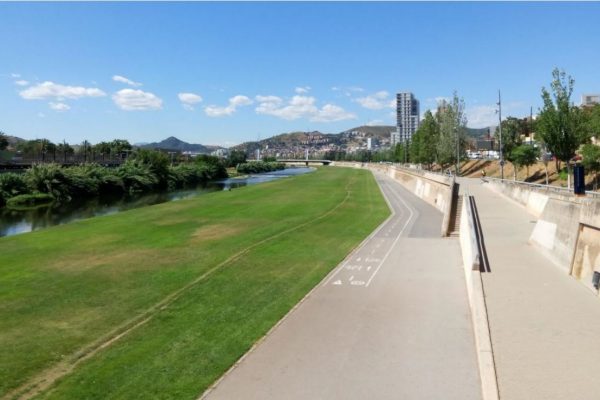 This paper describes the positive health impacts related to physical activity at a riverside park in Barcelona, Spain. 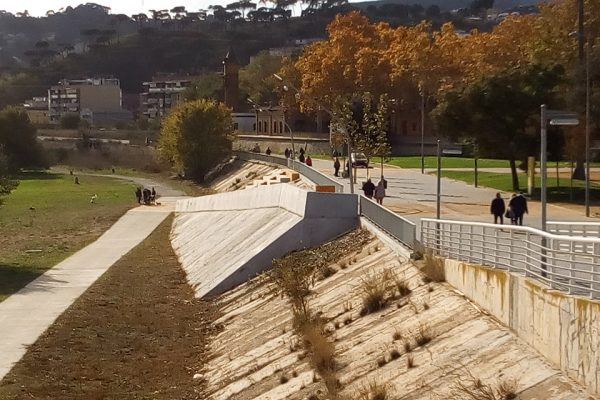