How does China, with its rapid rate of urbanisation deal with water issues? And what is the interest in blue health and well-being?

Professor Simon Bell, Landscape Architect at the Estonian University of Life Sciences and senior BlueHealth researcher, shares his recent experiences of a visit to China.

In late September I was invited to Beijing Forestry University – the top-ranking university for teaching landscape architecture in China – as part of an international group of senior academics and practitioners participating in the annual International Landscape Architecture Symposium.

This, in part because of the work of a number of the professors, turned out to focus mainly on water – hydrological systems, urban drainage, water management under climate change, creating new water spaces and – of course – BlueHealth. I was able to present some of the BlueHealth planning tools and also some preliminary results of the research in our Plymouth (UK) case study. 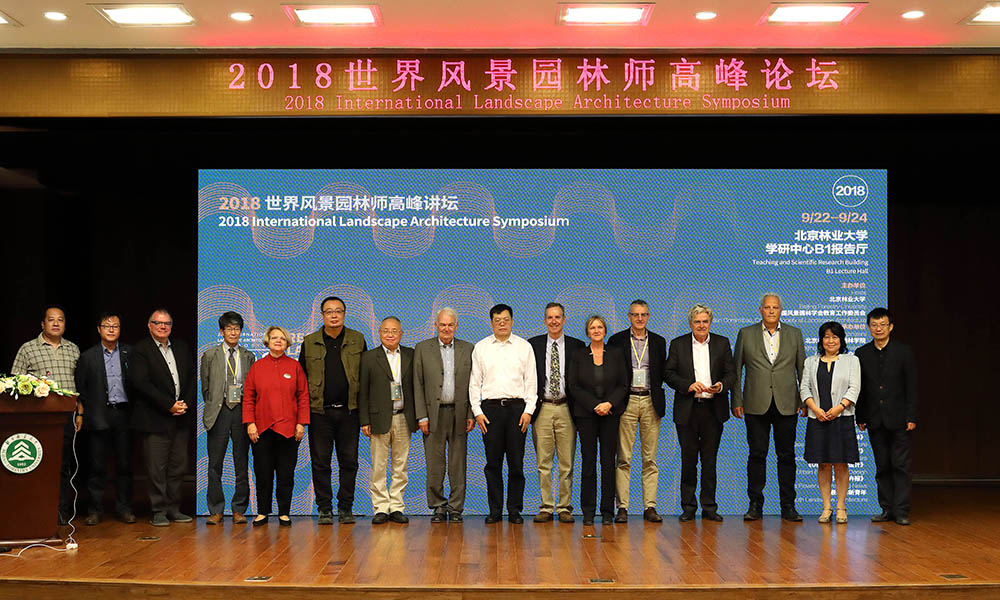 The invited speakers at the Beijing symposium.

The visit coincided with the mid-Autumn festival and the day of the Moon Festival when one of the special activities is to take a boat on a lake just as the moon is rising. Together with an American colleague and some Chinese master students I took a boat ride on the lake in the famous Beihai Park in Beijing where we drifted and watched the moon rise – such a calm and serene experience which surely counts as an example of BlueHealth.

Following this I travelled to Harbin, in the north-east of China to teach at Harbin Institute of Technology and also to present BlueHealth to the landscape architecture faculty and students at North East Forestry University, also located in Harbin. In each place the BlueHealth work was very well received, many questions were posed and there was intense interest from students and professors alike. 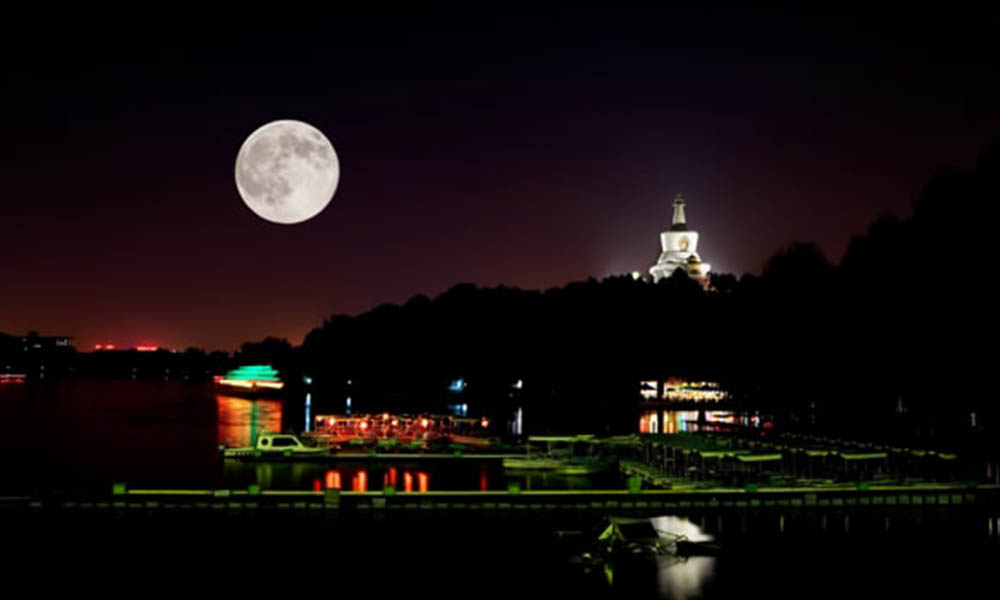 In China urban growth exceeds anything we can imagine in Europe and the impact on water from sealed surfaces, flash flooding and pollution is significant. Among the current approaches for looking at urban development there are concepts such as the “Sponge City” which aims to approach urban water management by endeavouring to infiltrate as much of the drainage as possible back into the soil.

Owing to the climate, where it rains mainly in July and August – not the ideal season for crop growth – Chinese agriculture developed sophisticated irrigation systems thousands of years ago to conserve water and to make it available for rice cultivation in the spring – hence the sights of water-filled rice paddies being so familiar.

Thus urban water management has to deal with the same rain patterns but can also take advantage of this water management heritage if approached correctly. In Harbin there are some well-known parks which combine sustainable urban drainage management with recreation, access and health and wellbeing. Qing-Li park is one such prize-winning example, designed by the company Turenscape under the direction of Professor Yu Kongjian. 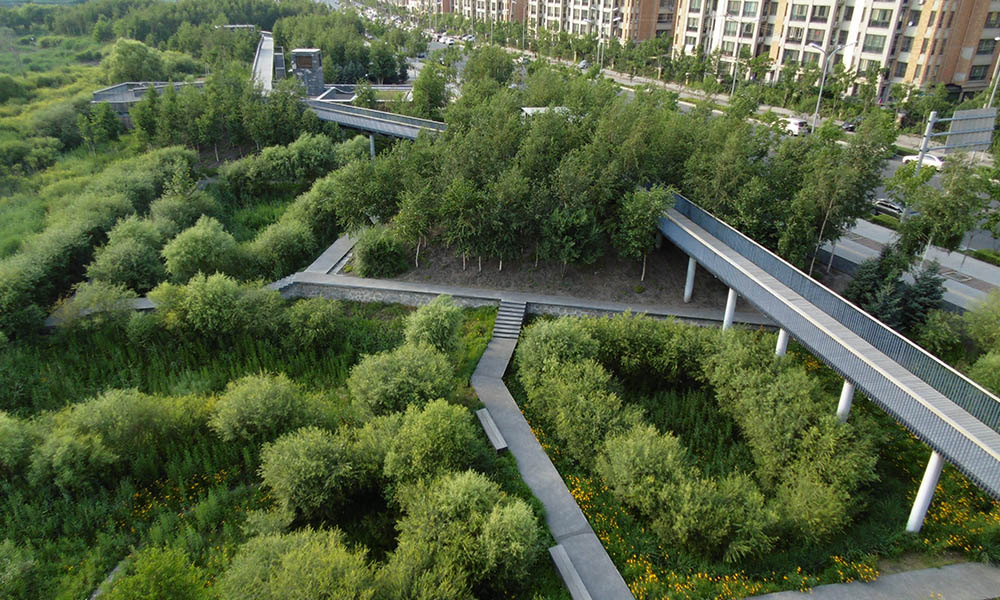 A view of Qin Li Park in Harbin.

In Harbin there is a river which has been extensively modified. It actually runs in an artificial channel with a paved bottom above a culverted river and has major limitations in terms of being able to improve its quality. At the time of my visit low water levels and the late season had resulted in excessive algal growth which caused problems. The river is heavily used for recreation, with paths both sides but in places access is poor, there are insufficient seats and the water is devoid of life.

My final meeting of the trip was with the team of urban greenspace managers who look after the area and we discussed the issues. With our approaches to urban infrastructure in BlueHealth starting to show promising results, this could be an interesting project for future intervention.

My overall impression is that our work in BlueHealth is of great interest to the Chinese and that with my connections with Chinese universities there are continuing opportunities to promote and disseminate the work and results to a country which really needs them. 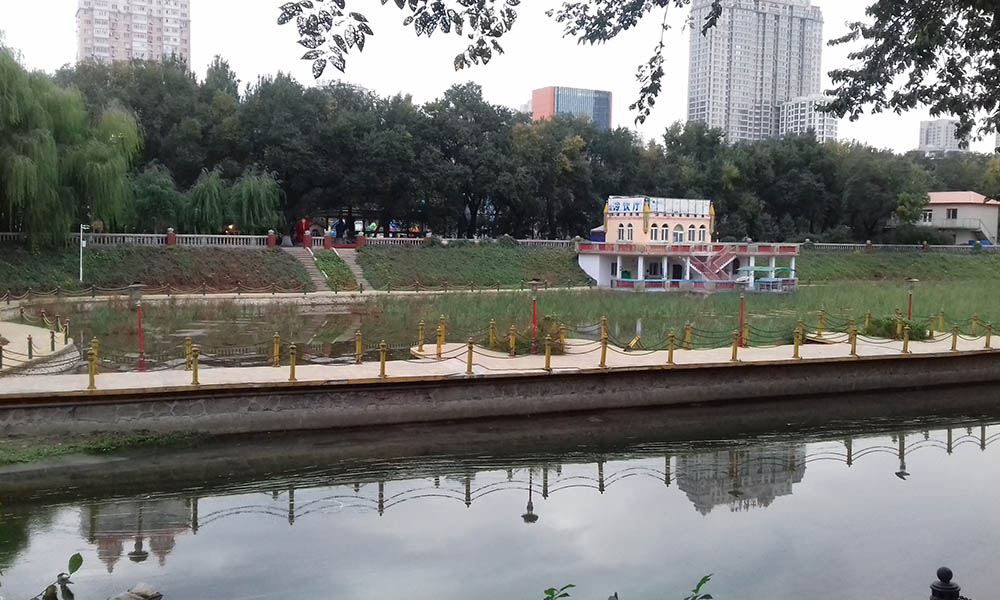 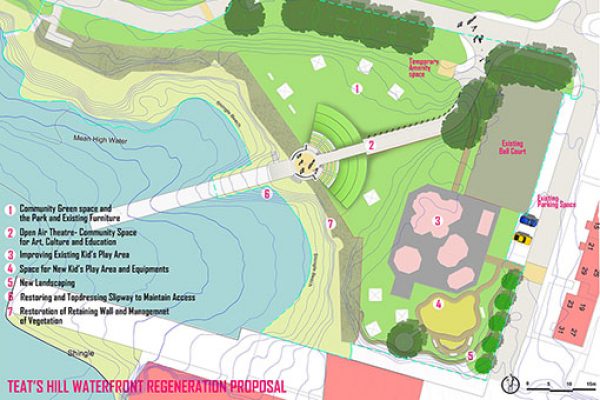 This project has examined the effects of extensive improvements to an inner-city beach in the UK. 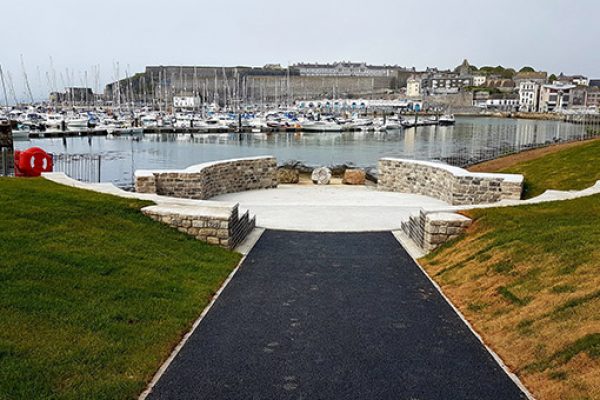 Our Plymouth study site has been remodelled with an amphitheatre, improved play facilities and new planting as part of ongoing regeneration. 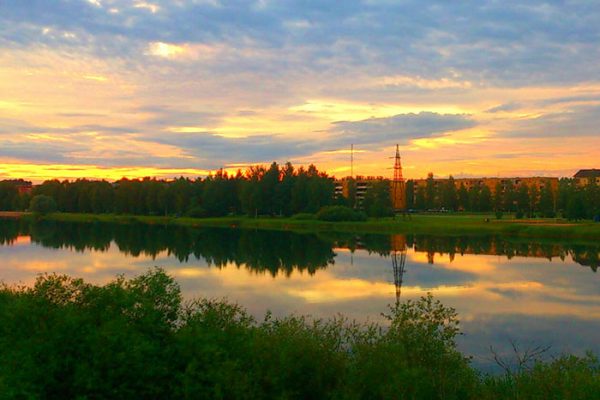 This study has examined the health and wellbeing impacts of temporary improvements to Anne Kanal - an artificial body of water in Estonia.