The Health and Environment Public Engagement Group (HEPE for short), recently teamed up with BlueHealth researchers to organise a ‘Blue Slam’.

Hosted at the National Maritime Museum in Falmouth, the event was a creative opportunity to explore childhood perceptions of blue space. HEPE and members of the ‘My BlueHealth‘ research project, wanted to better understand what blue spaces meant to the people visiting them, rather than just when and where they visited as captured in the BlueHealth International Survey.

The group started the event by discussing how respondents interacted with blue spaces as a child. They reviewed survey responses from questions including: ‘did they have access?”, “were their parents or guardians comfortable with them playing in or near water?’ and ‘did they visit often?’.

This exercise uncovered that blue space means different things to different people and that people had stronger feelings about the sea compared to other waterways like rivers and lakes.

A theme emerging from the My BlueHealth project was that of memory and the importance of childhood experiences in shaping feelings about water as an adult. To explore this idea, students from Falmouth Primary Academy attended the event in the afternoon to share their feelings about blue space in the past, present and future.

Students started by taking photographs from the Museum’s lookout tower. By adding digital captions to their images they expressed their ‘present’ connections to blue space. 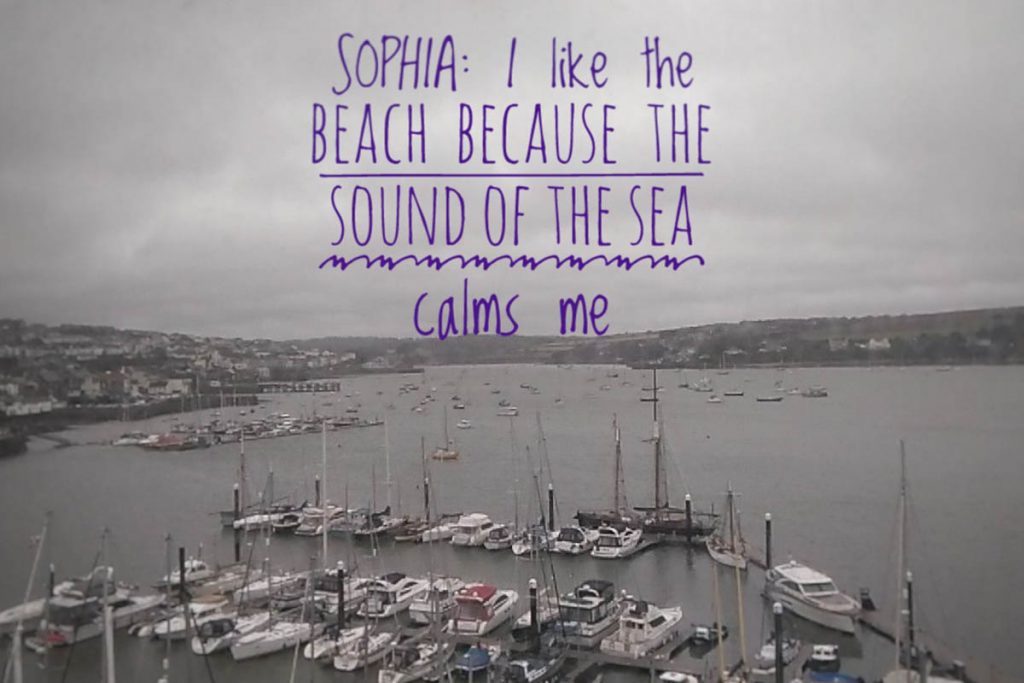 This photograph was taken by one of the students

Mixed feelings about ‘past’ experiences

In a second activity, children drew pictures of their favourite blue spaces visited in the ‘past’, while adding a drawing of their facial expression when they visited. One child said: “I’ve drawn two faces because I had mixed feelings“, while another said: “I felt excited, calm, happy and full of energy … this is where I like going in the summer“.

One child drew a confused face: “Because the ocean creates so many feelings and questions”, while another drew an image of the world: “This is what the world will look like if we don’t recycle: an island of plastic“. 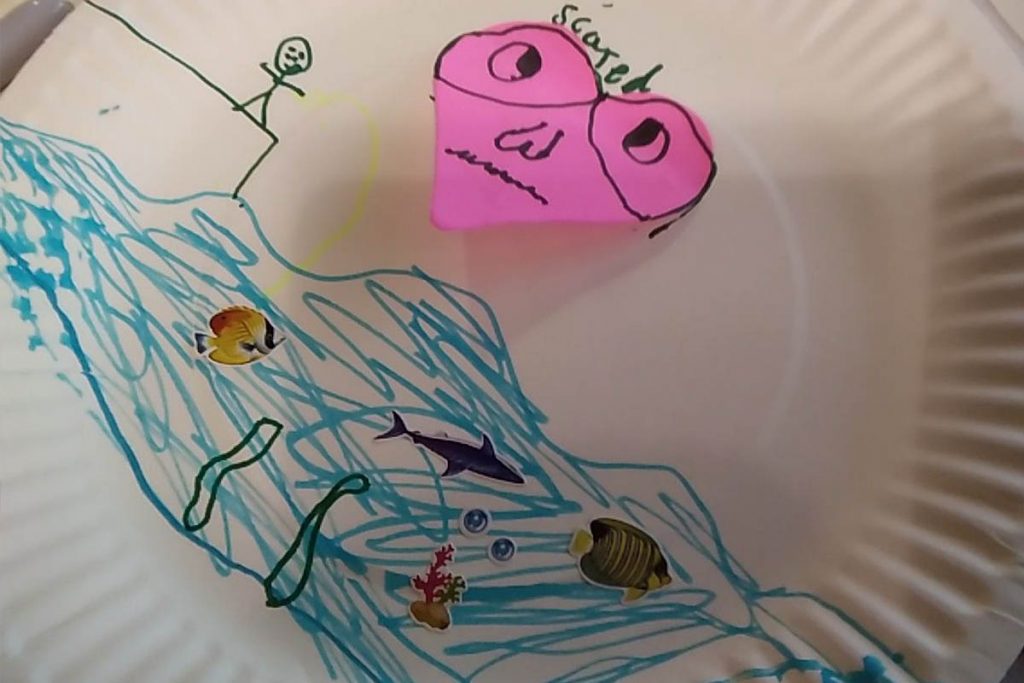 One child draws their concerns about the sea

Building (lego) solutions for the ‘future’

In the final activity, children built lego models about their concerns and ideas for the ‘future’.

One child built a model of people running away from a Tsunami saying: “Because there will be more of that sort of thing“, while another built a model of a ‘Tsunami Stopper’ saying: “A large tower would generate wind against the tsunami. I got the idea from a book called Running Wild. A brave person [would have to] stay behind to activate it. I hope they get invented because it will save thousands of lives“.

Sea level rise was also a reoccurring theme. One child built a vehicle that travels on land and sea because: “If sea levels rise, more land will be flooded. So these seas get more dangerous”.

Plastic pollution also concerned the children with one child building a wasteland. They said: “We’ve littered so much that animals have gone extinct. Everyone is trying to survive. All the water is filled up with plastic. Most people can’t get [fresh] water”. 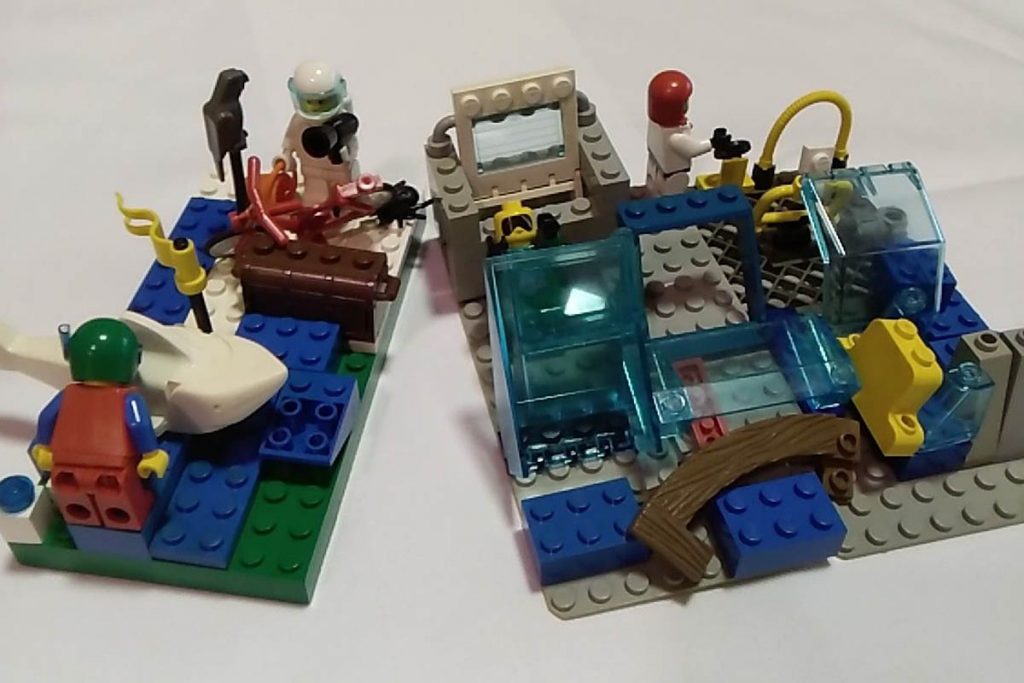 Lego model created by the student

The intergenerational focus of this event provided useful insight into how childhood experiences shape peoples connections to the environment. The range of creative activities provided the children with an opportunity to express their feelings and concerns about blue space, which can be compared to the stories and images gathered by the adults. This activity provides more meaning behind statistical associations between human health and blue spaces while engaging with a group of people who often are not engaged in science and research.

We’d like to thank HEPE, Falmouth Primary Academy, Ruth Purdy the photographer and the National Maritime Museum for being part of the event. Plus thanks to Rita Alflatt for helping to write this blog post. 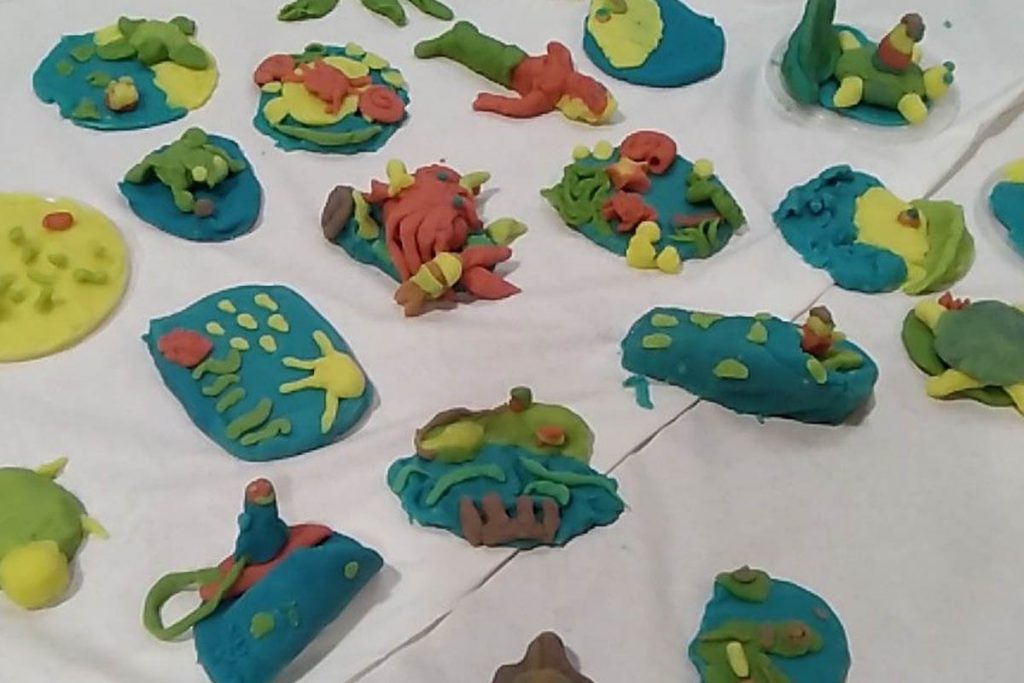 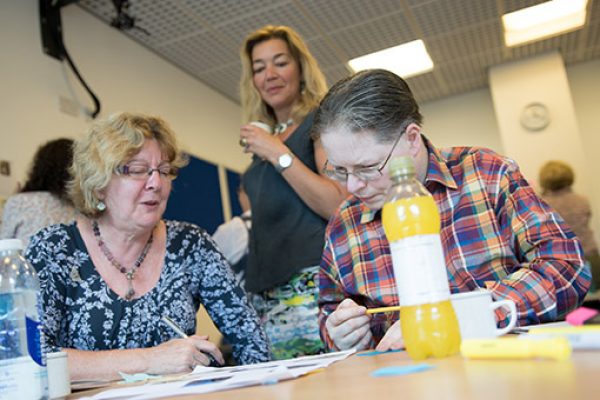 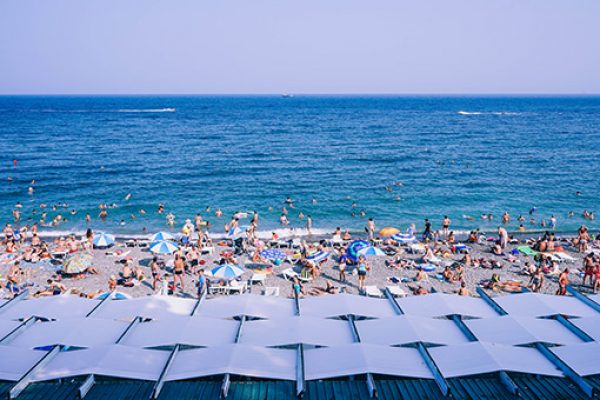